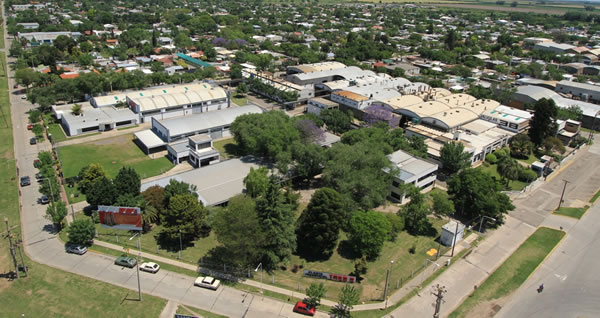 Business growth must be directly connected with the society sustainable development. For this reason, Basso S.A. applies the Corporative Social Responsibility concept in all of its initiatives.

Following this policy the company has adhered to the United Nations Global Compact since 2004, committing to search for solutions, services and products with a positive social and environment impact, minimizing as much as possible the negative effects of its activity.

Basso S.A. production Unit has a 21.548m2 area and employs more than 500 people that work in three different shifts during the 24 hours of a day.

Basso SA mill is located in the city of Rafaela, 500 km North west from Buenos Aires, and 100 km to the West of the provincial capital, Santa Fe. It is well connected by roads network, as by air with services direct to Rafaela or nearby cities. 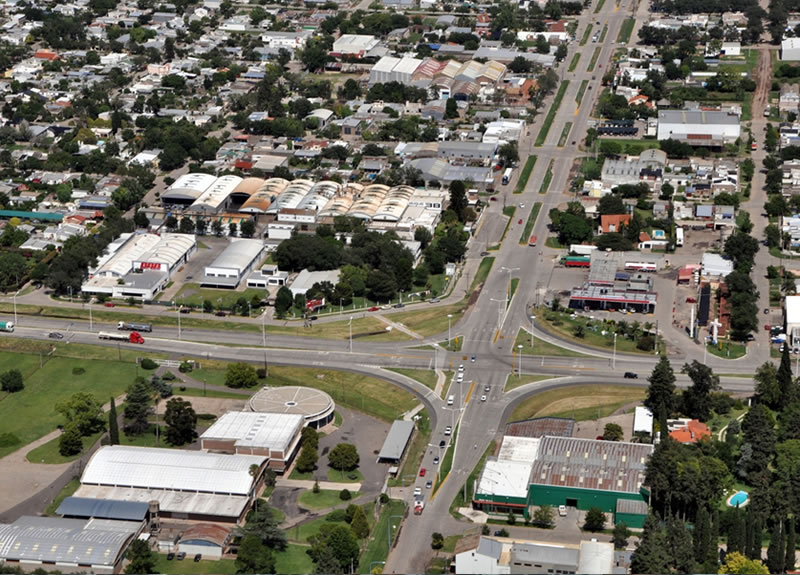 As innovative as its pioneers; stood out from its beginning for the agriculture, stockbreeding and industry, due to the concentration of important metallurgical establishments, meat processing plants and dairy companies. The city lies in an area, which is considered to be in the largest dairy basin in Latin America.

The high value and respect for work and entrepreneurial aptitude are an important legacy from Piedmontese ancestors. This combined with the synergy between public and private sectors as high educational and cultural standard made of Rafaela an attraction for business and development.

The city has been expanding year on year growing in production and diversity across many industries.

Agri-business has been the main sector, but soon it has also developed in areas like auto parts, computers, construction, home furniture, mattresses and pillows, audio-visual content, chemistry, explosives.

Basso S.A. is proud to be a leading company, but also of its location in a city that shows a constant grow in industries, agriculture, and works as a community to improve in living standard.

Basso S.A started in 1963, when Basso, Beninca and Bottero associated together to work in the manufacture of valves for motor vehicles.!!! Although the intention was supplying the local replacement market, industry growth volume led to expand business objectives. In 1968 the business became an Industrial and Commercial corporation, and at the time successfully penetrated in the Original Equipment market (OEM).

Technology and production advance demanded improvements and more adequate facilities. To this end in 1973 the company started the process to build a new industrial mill, more appropriate to provide expansion for exigent new markets. The manufacturing plant was inaugurated at the end of 1974, and is currently still located in the same building.

In 1982 Basso acquired Thompson Valves division Ramco Argentina S.A. This allowed to significantly increase their share in the original parts market. At the same time, the exportation market that the company had started to provide since 1971 enhanced and multiplied its operations. From that moment the international trade movement would be constant and growing year after year, gaining markets in 5 continents. It currently has completed 14.000 foreign trade operations.

In 1985 there was a very important event, which defines the group consolidation: 100 per cent of the company shares would be since then concentrated in Basso family. The Company became Basso S. A. (Corporation). As a result of this change, the management became unified determining at the same time consolidation in business development.

In 2002 the company bought “Manley” valve factory in the USA; that even deepened the international character of Basso. Three years later the company sold its first exportation to Mexico under that brand.

The last decade is characterised by the consolidation in the Original equipment market. Basso S.A. received distinctions for its quality performance by John Deere, Peugeot-Citroën, Kawasaki and Polaris, among others.

· Operational flexibility
Products Delivery anywhere in the world:
Basso S.A. has an efficient worldwide logistics distribution with an important representatives network and distributors in more than 33 countries, in 5 continents. Is possible to send the auto parts all over the world with “Just in time” system thanks to an accurate logistical planning.

· New products development:
Basso S.A. is positioned as the most versatile engine valves producer in Latin America because of the production process technology; it is able to produce any kind of these pieces not exceeding 30/40 days.

· Trajectory
After almost 60 years experience the brand Valvulas 3 B has positioned as leader in the national and international replacement market due to a wide distribution network, dynamic logistical planning and a solid technical assistance service.

The full insertion in the original equipment market has allowed the company to be at vanguard in the automotive industry regarding development and technological evolution; this way it also keeps up to date to respond to the needs and demands from the always exigent and dynamic Replacement market.

Basso SA has been a pioneer in the adhesion to country brand since 2006. That would spread within the country and internationally Argentina’s differential factors.