The IX Export Excellence Award given by Galicia Bank and La Nación Newspaper is based on six criteria. These two sponsors received more than 300 applications. Not only did the Rafaela company win the "New market" category but Basso also won the Gold Award.

Basso S.A. added a new prize to display in its offices for its strong export culture that enables the company to supply giants of the automotive industry, such as Ferrari or McLaren, and also giants of the agricultural machinery industry, such as John Deere, from its Rafaela-based manufacturing plants. The IX Export Excellence Award - based on six criteria and organized annually by Galicia Bank and La Nación newspaper, was presented in Buenos Aires this week. At the end of the ceremony, the company that manufactures 3B valves won the awards in the "New Market" and the "Gold Award" categories. Chairman of the Board, Mr. José Luis Basso, accepted the awards on behalf of the company.

Over 300 applications were received between February and April for this new edition of “Export Excellence”. They were evaluated by a distinguished judging panel comprised of Bernardo Kosacoff, Torcuato Di Tella University; Fabián Kon; José Del Rio; Diana Mondino, Ucema; Enrique Mantilla, Chamber of Exporters of the Argentine Republic; and Marcelo Elizondo from DNI, who was at CIECEX this week in Rafaela.

After the delivery of the awards, the IX Export Excellence Award concluded its 2019 edition with the presentation of the Gold Award. As well as being presented with a trophy, this year’s winner also received a voucher worth US$ 10,000 to participate in a trade show abroad and the possibility to attend a course at Torcuato Di Tella University. In addition, the award winner benefited from editorial coverage in La Nación. Once again, Basso received the most important award of the night. "Our 800 workers work every day to deliver valves to brands like Ferrari or McLaren. We had to go out and look for work for these hundreds of people because no engines are manufactured in Argentina.  Finally today, 86% of our production is exported," said Jose Luis Basso while holding the Gold Award in his hands at one of the Halls of the Palacio Duhau Hotel - Park Hyatt. 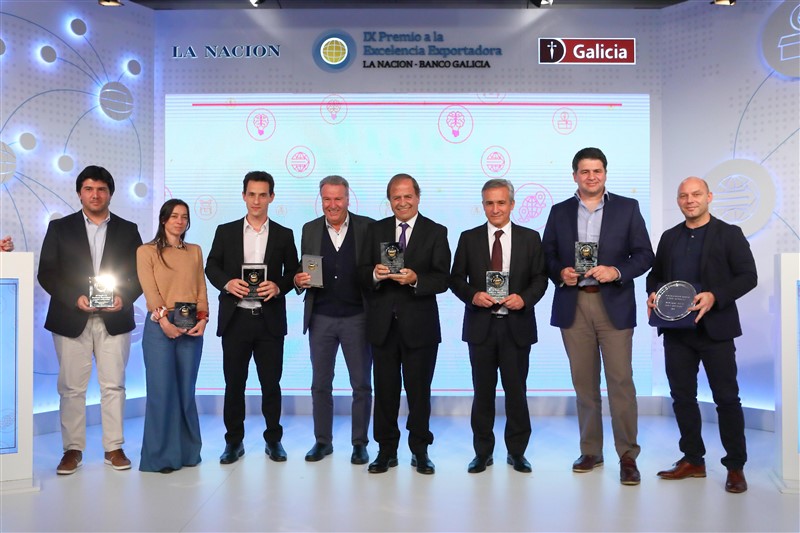